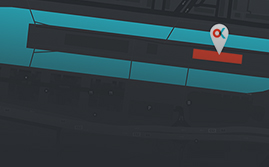 Digital location trackers are part of our daily life, we don’t even pay attention. But what if the location trackers were real people? How would that influence your idea of space, private space and public space? 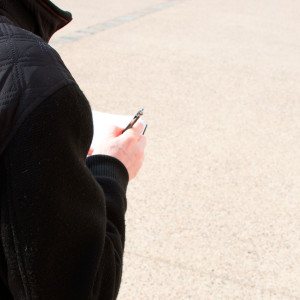 The artist couple PolakVanBekkum, invited for the residency and exhibition From Bits to Paper opening March 8, will be behaving like digital location-trackers. They will be moving through Strasbourg and target people who are walking in the streets and follow them anonymously. The pursuits stops when their signal gets lost.

If you feel you’re being followed by them, let them know if you want to stop sharing your location with them. 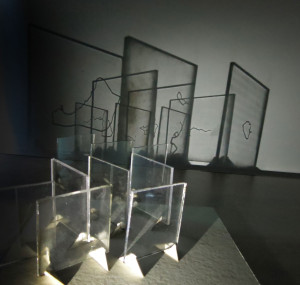 The artwork that PolakVanBekkum will show in the exhibition and that is based on this project is called Droit de Suite – (Tribute to Sophie Calle). In 1979 Sophie Calle followed people in Paris as a way to get re-acquainted with the city after an absence of 7 years. After having followed people for a while she got the notion that « observing the behavior and actions of these strangers provided information with which to construct their identities.”

Sophie Calle probably could not have known that this notion she had now is explored by digital (social) networks on large scale*. So PolakVanBekkum took her ideas back to the streets again and now not tried to get acquainted with the city but tried to feel what tracking nowadays provokes.

Droite de Suite – Tribute to Sophie Calle is a small cinema of shadows and very short stories in which the apparent neutral behavior of the tracker gets human traits. Narrative told by Mahwish Anwar Butt, refugee from Pakistan and living in Strasbourg since 2011.